One of my top priorities in my third act is spending time with my grandsons.  Since we share a two flat Victorian with my daughter and her family, we have the opportunity to share time on a daily basis.  But, for several years, we have promised a special trip when each of our grandsons turned 10.  And this was the year for Clayton, the oldest. 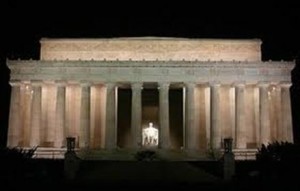 We had no idea Washington, D.C. would have a record breaking heat wave and a devastating  summer storm when we began to plan the trip.  I had visions of visiting the Lincoln Memorial and talking with Clayton about the bitter fighting of the Civil War and President Lincoln’s action to free the slaves.  Perhaps we would get to the Ford Theatre and hear the story of his tragic assassination.  I wanted my grandson to know about the Civil War not only because of it’s critical historical significance in our country but also because his great, great grandfather fought on the Union side.  This ancestor and his wife are the basis for my current work on an historical novel.  Writing is one of my other third act priorities and as I have shared “readings” of the unfolding story with my family, Clayton has been quite intrigued. 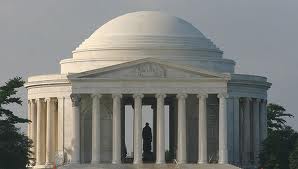 He was very excited to see the White House and hoped that the President or First Lady might greet us.  Beyond that, he wasn’t sure what else might be interesting, but he was excited to fly across country and to get full adult attention without his younger brother.  I had also hoped that we might see the Jefferson Memorial, too.  He is the President who commissioned Lewis and Clark to explore the West.  I am currently reading Undaunted Courage about the perilous pioneering trek as preparation for my own late summer vacation to take the Lewis and Clark route as a cruise on the Columbia River.

However, the weather disrupted many of our hopes and plans.  It was too hot (with a heat index of 105-110) to be outside to visit the monuments so we spent more of our time in museums.  Of course there are many to choose from in Washington.  We almost missed, George Washington’s home in Mt. Vernon because the high winds in the summer storm had taken down trees and power lines, and there was no electricity.  But we went back the next day, and Clayton learned a lot about the “Father of our Country”.  He was rightly impressed by all his accomplishments, his leadership, courage and humility.  But what was most exciting was the falling snow in the theatre as the video showed Washington crossing the Delaware on Christmas Eve, and the vibrating seats as the boom of the canons sounded during the battle.  It certainly brought the Revolutionary War closer to reality. 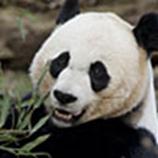 We stayed with friends who lost electricity for only two nights.  But we had other entertainment including going swimming to cool off, learning to bowl and playing with our friends’ dog, Ella.  We went to the Nationals game and sadly watched the Giants lose, but we stayed to the bitter end and were rewarded with fireworks to celebrate the Fourth of July. 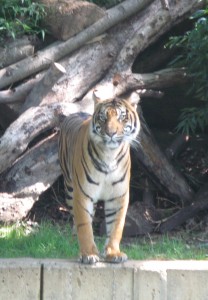 We visited the Smithsonian Museums, where Clayton became engrossed with the gem exhibit and the National Zoo where we saw the pandas, lions and tigers.

We took the self-guided tour of the White House, although we missed the President and First Lady.  At the Bureau of Engraving Tour, we saw money being printed and learned, as Clayton explained authoritatively to his Dad when he returned, “It isn’t really money until they record the numbers at the Bank” (the Federal Reserve Bank).  For a 10 year-old, the Spy Museum was an inviting stop where he learned even more about George Washington as a Spy Master, credited by the British, not with out- fighting the British, but with out-spying them. 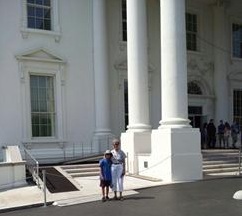 We had a wonderful time together.  Clayton was enthusiastic and inquisitive, asking lots of questions.  He was well behaved and only occasionally bored.  As a typical 10year-old, his favorite things were our friends’ dog, swimming and bowling.  Still, he agreed he wanted to go back.  For me, it was memory-filled “Grandma time” in my third act, that I will cherish for many years.  I am looking forward to taking his younger brother for his special trip in two years.