“My 3rd Act – Taking Nature, Beauty and Art to Prison” by Charles Seaborn

We think that sometimes our 3rd Act can be revealed to us through great tragedy. Charles Seaborn’s blog is just such a story.

About five years ago my life changed forever when I struck and killed a bicyclist with my car on a dark night on the Big Sur coast highway. Until then I was living a peaceful, productive life in Carmel as a life-long marine biologist, underwater photographer and environmentalist when my future was irrevocably changed in an instant. For me, this was what Herman Wouk described as “a pivot in life” – one of those unexpected events that takes you on a completely different path than the one you envisioned for yourself in the comfort of an imaginary future. I went to prison for 2.25 years as part of a lengthy plea bargaining process for my part in this tragic event. 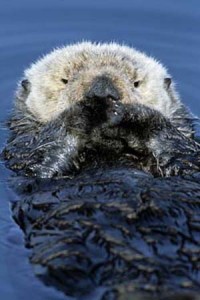 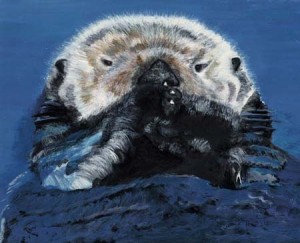 While my contrition will never be complete, my personal belief system mandated that I at least try to make up for this gross, momentary error in judgment in any way I could. The only thing we can do about the past, (as painful as it may be) is to study it, make amends and move on in life with the hope that some good will come out of the bad. As a life-long educator, I assumed I would make some kind of contribution to “the system” through education during my incarceration. However, I had no idea that my time behind bars would be the watershed of my existence, and allow me to express my deep care and concern for humanity though my passion for the ocean, art and nature in the most unexpected of all places: One of the world’s largest prisons in the middle of the California desert. I found the good in humanity through nature, art and beauty, all of which I brought with me to this darkest of all places.

While I developed several education programs over my brief two-year stay, I started with what I knew best: Nature and art. My first program I called “The NATURE Project.” Remarkably, NATURE became the perfect acronym: Nature (and) Art; Truth (and) Understanding; Rehabilitation (through) Education. I took some of my underwater photographs of hermit crabs, starfish, sea lions and other beloved sea creatures and gave them to inmate artists to reproduce as drawings. I then took their art and self-published two books as collections of their work, which I gave to them, and them alone. Instead of drawing skulls, bitches and swastikas, these men were now expressing their artistic talents with subjects inspired by nature and beauty. It just felt great, for all of us. Even the cops asked for copies! Imagine the feeling of power and self-worth a convict gets by being able to tell his jailor “no, you cannot have a copy of my art, it is for me and my family.” For many, our books were the first tangible evidence that they were capable of creating something beautiful and good that they could share with the world. 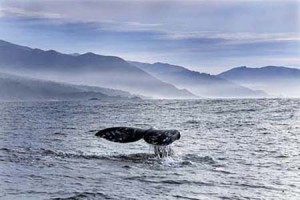 And the impact didn’t stop there. Through carefully planned and orchestrated discussions on a wide array of subjects, I was able to embed a multi-layered learning program in our little art project that included topics from global warming to misogyny. These talking points demonstrated the universal attributes of nature and art to solicit thoughts and feelings about all aspects of life; an intellectual exercise most of us take for granted but one that rarely happens in prison.

Not only did this and my other education projects epitomize what Steinbeck called “the one great theme: Good versus evil”, but they also served a more personal, even selfish purpose: They reminded me of my own desire to live a happy, meaningful existence. I can assure you, there were many times when I felt like giving up on life. Feeling needed – through giving – is the only thing that kept me going. My periodic feelings of failure and worthlessness were the result of my “pivot”: I had to revise my worldview to find the good in myself, too.

I did this through service; it’s that simple. I had been raised by post-war era parents who instilled in me the three classic core beliefs of “honor, duty, country.” Before prison I had been living a life of service through my passion for connecting people with nature. But my personal battle with ignorance in prison showed me that I was needed THERE, where I was physically living at 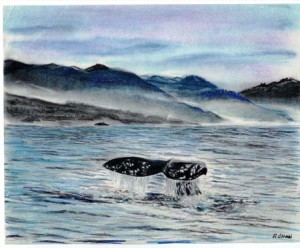 that precise point in time. I was giving in the most relevant way I could, where I was most needed, at just the right time.  This gave me hope not only for others but myself as well.

A new friend recently asked me “so Charles, what’s the take away from all this?” I believe it is this: By giving of myself at the lowest point in my life I found the good in humanity in society’s darkest place. I saw how the search for good through service is a unifying theme that crosses all political and socio-demographic boundaries, races, creeds and colors. I saw how the universal powers of nature and art reveal the good in all people when applied in the name of service. I saw this happen when the inspirational element of nature – awe – is expressed through mankind’s greatest form of emotional communication – art. I believe this is exactly the kind of thinking the world needs now, here, in the present. This is my 3rd Act. 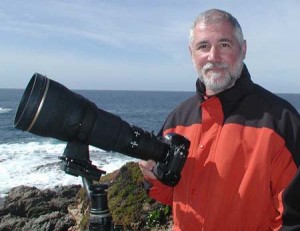 Charles Seaborn is an acclaimed underwater photographer and marine biologist. Born in Portland, Oregon, Charles was educated at the University of Hawaii, Hopkins Marine Station of Stanford University, the Marine Biological Laboratory at Woods Hole and Brooks Institute of Photography.  His creative consulting firm, Seaborn Projects, develops interpretive exhibits and programs for zoos, aquariums, museums, nature centers and resorts. His last book, Underwater Wilderness, is an overview of America’s National Marine Sanctuaries, published by the Monterey Bay Aquarium. Charles is a former board member of the Coral Reef Alliance (CORAL). His commitment to interpreting the natural world to the general public has consumed his professional and personal life, and has taken him to four continents, as well as numerous spots in Oceania.

A recent article about Charles and his work appeared in SOMA magazine: For the Love of Nature